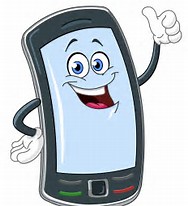 New regulation (EU) 2017/920 of the European Parliament and of the Council of 17 May 2017. 15 June 2017, mobile users across the European Union (EU) will be able to benefit from the end of recharging by roaming. Calling, browsing or sending messages will cost the same in any EU country. The 28 countries of the European Union. Furthermore, roaming will be maintained for other European non-EU countries, such as Switzerland, Andorra. In order to control subscriber costs on a trip to the EU, the European Parliament’s Commission has previously introduced regulations based on a reasonable principle of the use of services and there will not be time or volume restrictions in this approach. The approach provides a protection mechanism for operators against abuse by the subscriber. For ensuring fair use, operators can monitor the use of cards and SIM packages: a low level of internal traffic compared to roaming traffic will include an abuse rate.
Share Post: