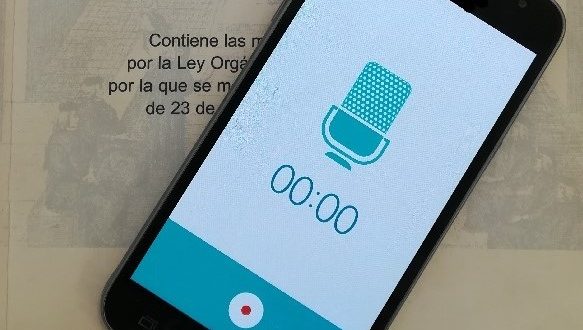 The AP (“Audiencia Provincial”) of Madrid considered, within a litigation about the infliction of personal injury in the scope of family dynamic, that the partial recovering of 29 minutes of video recording of the trial and the absence of any written record has an impact on the assessment of the evidence and constitutes a procedural irregularity that implies the defencelessness of the parties. Consequently, the Court declared the invalidity of the act of the proceeding.

Indeed, as specified by the Constitutional Court (“Tribunal Constitucional”), the right to a due process, with all the guaranties, is infringed when “the plaintiff has invoked and legally justified such helplessness in a way that the final decision of the process could have been positive if the evidence object of controversy was admitted and presented”.

Applying this reasoning to the assumptions of nullity of the proceedings for defective video recording of the trial, the Supreme Court (“Tribunal Supremo”) establishes in this regard the existence of principle of conservation of the procedure, considering as unusual the nullity of an act of the procedure. Therefore, it could be declared when the procedural irregularity causes a material defencelessness likely to impact the final decision of the lawsuit. The burden of proof rests with the claimant, so he will have to explain in which consists the material defencelessness caused by the defective video tape, depending on concrete datas not contained in the minutes of the trial. Then, it means that a defective video recording of the judicial hearing does not produce the nullity of the trial in itself.

In this very case, the AP declared the nullity of the acts of the process because the tribunal considered that the partial recovery of the video tape, for a cause unrelated to the plaintiff, obstructs the assessment of the evidences, and that the legal norms of the process have been infringed and this defect is constitutive of a violation of the rights of the defence if the judgment was condemnatory.